Want to represent Baci in your region? 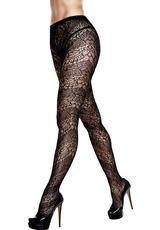 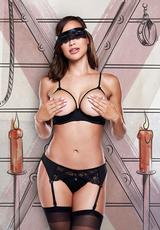 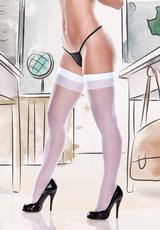 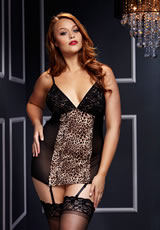 April 16, 2013, LAS VEGAS, NV - Baci Lingerie is proud to announce over $8,000 has been raised for the Eileen Stein Jacoby Fund for breast cancer at Baci's second semiannual charity dinner. In addition to the charity dinner, Baci unveiled new styles from the Dreams collection (Dreams Volume 2), plus sizes, the Envy Men's Line, and the refreshed White Label, as well as hosting the popular Baci Lash Bar, at the 2013 International Lingerie Show (ILS), held at the Rio Hotel & Casino in Las Vegas, April 8-10.

Click here to view a gallery of the 2013 Baci ILS Charity Dinner.

The dinner provided ILS attendees and Baci customers the opportunity to join Baci in supporting breast cancer research through the Eileen Stein Jacoby Fund, a division of the Fox Chase Cancer Center in Philadelphia, Pennsylvania. Global commitments to philanthropy, social consciousness, and charitable outreach are integral aspects of the Baci Lingerie company philosophy. "Part of celebrating every woman is making the world a better place for women to live" is a Baci mantra.

"Our team came together to throw a memorable evening true to the Baci spirit," says Baci Lingerie Director of Sales and Operations Alicia Sinclair. "It was great to see so many people celebrating women through words and actions."

Baci made donations to the Eileen Stein Jacoby Fund on behalf of each dinner guest. Each donation was matched by the Koretsky Family Foundation, whose own Frank Koretsky was introduced as the new owner of Baci Lingerie Worldwide. All guests received Baci swag bags, which included panties, Baci laptop bags, pink Baci breast cancer awareness pens, sunglasses, donation cards, and more.

"I was happy to meet new customers, current customers, and international distributors, who all showed up to the event to offer their support of the cause and best wishes," says Baci Lingerie owner Frank Koretsky. "I hope all of our customers and distributors can find ways to help this fantastic fund. Together we can fight the fight on a global scale."

Baci's international partners work harmoniously to streamline philanthropic endeavors and global vision. The synchronized network carries the Baci brand and philosophy to all territories simultaneously, allowing Baci to embrace and encourage the beauty of women throughout the world.

Koretsky continues, "The Koretsky Family Foundation will once again match all funds donated by Baci Lingerie Worldwide. I am happy to do so and continue to donate to such a great charity."

Bookending Baciís charity dinner was Baciís exhibition at ILS. The Baci booth was constantly packed with lines of people interested in meeting with Baciís sales team.

Baci's Lash Bar also drew a huge crowd. The Lash Bar gave ILS attendees a chance to get glamíd up with Baci's extensive collection of natural-look, glamour, and novelty Baci Eyelashes, providing "Glamour in the blink of an eye." Whether in the mood to be fun and flirty or dramatic and intense, Baci Eyelashes are easy-to-apply and a stunning compliment to every face.

Sinclair states, "The entire show was a great success for Baci Lingerie, from the charity dinner to the official unveiling of Dreams 2."

One of the world's premiere fashion expos, the biannual International Lingerie Show, held at the Rio in Las Vegas, is the destination for retailers featuring sexy merchandise, from apparel and lingerie to jewelry, foot and headwear, and accessories.

A percentage of all orders taken during ILS were also donated to the Eileen Stein Jacoby Fund; the Koretsky Family Foundation matched this contribution as well.

Together, we can beat cancer. Join the cause in September and donate to the Eileen Stein Jacoby Fund at the Baci Lingerie booth.

Join the Celebration
Sign up to receive the Baci Lingerie Newsletter